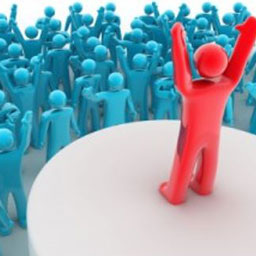 A sermon for the 4th Sunday in Epiphany by Mother Katie.

Last week John’s gospel opened with the miracle at the wedding – water into wine – which as we explored showed both the meaning and nature of Christ’s ministry to come – if you missed it you can find the sermon on the website.

Today we move to the beginning of Mark’s gospel – and the first scenes with Jesus are a much more expected beginning for a Messiah – teaching in the Synagogue on the Sabbath.

I’ve often wished I could have heard that first sermon for myself – or that someone had made notes and copied us in. Perhaps they did – and this is partly what we hear in Matthew’s sermon on the Mount?

But here in Mark we are not told what Jesus said – only how he said it. With authority.

Authority powerful enough that demons recognise him as the Holy One of God.

And the crowds are so amazed and in awe at his authority that this is the moment Jesus becomes famous.

Awe in authority isn’t something you often see.

Authority in our world today has pretty bad press. We’ve become a generation that doesn’t respect authority and we don’t accept what we are told.

In the UK just 30% of us trust authority, in comparison to 60% in Sweden and just 5% Colombia. Sometimes with good cause and sometimes with little or none.

So, we have those refusing to be vaccinated as they don’t accept the authority of scientists or government – and in the USA recently they stormed the capitol when they didn’t respect the authority of an election.

We first experience authority as a child from our parents – and for many this can set how they view authority for many years to come.

For fortunate children this is a kindly experience of helpful boundaries, wise advice and encouragement in the right direction.

Perhaps for many of us from older generations it could also be a rather scary thing – something you wanted to avoid. I remember the authoritarian words from my own childhood – just you wait until I get you home; if you don’t stop crying I’ll give you something to cry about; give me your hand.

A dictionary definition of authority is the power or right to give orders, make decisions and enforce obedience. As a definition it makes room for both good authority we can trust – and the type of authority of which we should be rightfully afraid.

So authority produces in us very mixed feelings – depending on how it is exercised and how it is experienced.

In today’s gospel authority is a very good thing – when Jesus speaks with authority it thrills the crowd. Hard to imagine in our authority sceptic world – but in his authority the crowd instinctively sensed something they deeply needed. The answer to their prayers.

Authority is central to the entire Biblical narrative – in a sense it is what it is all about – both in terms of who and what we submit to, but also crucially in what it looks like – and giving us a lens from the ultimate author of life.

And it is the second part of that I want to focus on today – what does the authority of Jesus look like?

And the answer comes from an unexpected source – the unclean man – who recognises the authority of Jesus as being holy. Holiness – is the real authority in the world – and not even the worst demons and most terrible evil can stand against it.

But if the world doesn’t pay much regard to authority anymore it surely pays even less to holiness.

We don’t talk about holiness enough anymore – not even in the church. It has become rather old fashioned – but our Gospel today calls us to think again. My daughter in lockdown 3 has recently run out of most things to watch on Netflix and has discovered the horror genre – now I wasn’t sure this was wise – but she asked me to sit down and watch a few with her. Some of them are surprisingly moral – much more than many romantic comedies you can find – and not only did they often feature stories of exorcisms but good often overcame evil and each of the stories we heard holiness mattered – at the end of one film came three lines on the screen: The Devil is real; God is real; what you do matters.

Now, that is a pretty good sermon right there.

But I think it would be a great pity if we left this teaching to dodgy supernatural films on Netflix – we need to reclaim it as part of our own narrative and authority in the world.

What we do – and who we submit to – matters. Being holy carries great authority.

Thomas Merton in his book The Seven Storey Mountain says – “people have no idea what one saint can do: for sanctity is stronger than the whole of hell.”

We tend to think of holiness as reserved for others – usually those found in a monastery – with beards and bad breath, long robes and sandals, no sex, no laughing, fasting and cold showers, early morning prayer at dawn, and solitary retreats in stained glass houses.

Rather off putting – not something we jump at and far removed from everyday life. But ‘holiness comes wrapped in the ordinary’ (Macrina Wiederkehr).

It is both rainbow and a burning bush; angels under a tree or the Messiah by a well; it is a stable and a cross; it is bread and wine.

Accepting life, as it is, with all its difficulties but with a smile is a way of holiness. And that might greatly benefit us right now.

As is accepting life as brief.

Jonathan Edwards said in his pursuit of holiness he learnt to live as if every hour was his last. Choosing only those things, thoughts and actions which he would be happy to call his last – and would serve his Master most.

Perhaps in our pursuit of holiness we can try do the same this week – accept our life with a smile – and view each day only from the perspective of eternity.

I wonder if we lived from the authority of the eternal what could be healed – both in ourselves and the world? I wonder what might change?