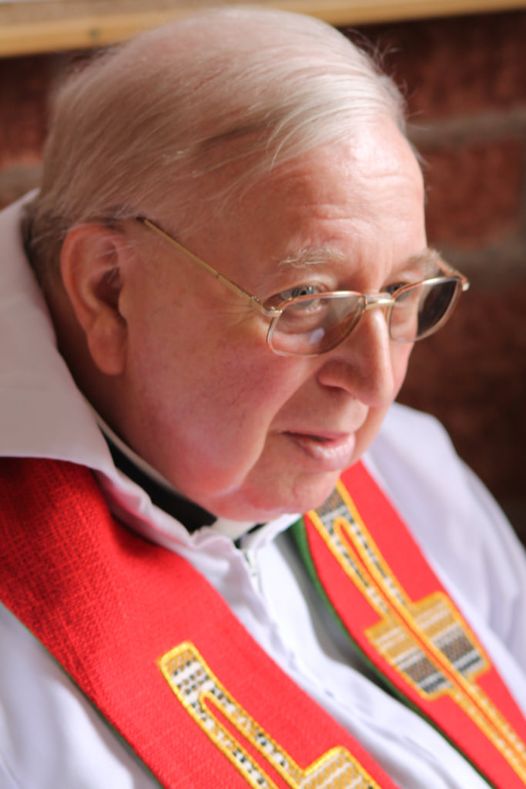 Longer serving members of St James will be sad to hear that Rev. Alec Griffiths passed away at the end of August but it was not in the Church Times until a couple of weeks ago.

Some of you will have great memories of Father Alec with his challenging sermons, good dinner company and extensive knowledge about so many topics. He was a JP and a Chaplain at Kingston Hospital for over ten years as well as an assistant priest here at Saint James with father Dennis during the times that Father Francis Butcher was Vicar of Saint James and for many years after Francis retired. He was married but sadly his wife died many years ago.

He loved red wine and generally having conversations with anyone who had time and was a wealth of information. In his later years at Saint James he suffered some poor health and his last Sermon was delivered from a chair on the Chancel step where he spoke for about 20 plus minutes without one note and managed to engage everyone and actually returned to the opening sentence right at the end without any prompts at all. Incredible!!

He retired to Scotland, the land of his birth, and eventually went in to a Nursing Home for his final years.

May he rest in Peace and Rise in Glory.