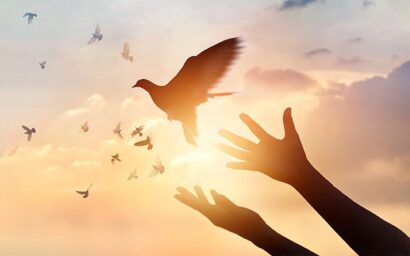 Today our readings lead us to the subject of forgiveness. This seems timely to me – 2020 has given us a lot to forgive. On a personal, political and spiritual level.

It has been a hard year. And people are stressed – and not always able to be their best selves.

So perhaps we can empathise with Peter when he asks

“Lord, if another member of the church sins against me – how often should I forgive? As many as seven times?”

Now, most commentaries will tell you that Peter was trying to impress Jesus and show how good and generous he was at this point. 7 was more than double what Jewish law required. Perhaps.

But knowing Peter from the rest of the Gospels – I suspect that Peter was not trying to look good or ask a theoretical question – nope – he totally had someone in mind when he asks this question – and that someone had seriously hacked him off at least 6 times before.

“Lord, if another member of the church sins against me – how often should I forgive? As many as 7 times?”

Because that is always the problem – not the person who hurts you once – once is fairly easy to forgive – even two or three times we can find the patience for – but the one who does it over and over again. Well that is more difficult. So maybe Peter comes to Jesus – his patience thin – his heart sore – his sense of justice stretched to the limit – and is really saying – come on Jesus – seven is the limit right – next time I can punch him?

Peter always the one to rush in and say the rash thing or even a cut off an ear if you push him too far. Passionate, beautiful, human and fragile Peter – the rock on which the church is built. Who is being caused pain by another – and looks to Jesus and says – help me out here – knowing full well he has already forgiven double the amount rabbinic tradition requires of him – there has to be an end to this!

And then he tells a story.

Probably very quickly to quieten Peter – because this is not the response Peter is looking for – whether he is boasting like the commentaries say – or he is desperate like I suggest. This is a curve ball – another of those expectations of Jesus – like turning the other cheek – that seems just too much.

And it must have been the worst answer EVER. 70 times 7.

But Jesus is not intending to make his life difficult but to remind him of the good news.

And the good news always comes as a story we are invited to enter.

There was a King who wished to settle accounts with his slaves. One owed him 10,000 talents. And to put that into perspective – in the year 4BC – the total taxes collected for the areas of Judea, Idumea and Samaria came to 600 talents – 10,000 talents would have taken one man about 150,000 years to pay off. He begs for patience – and the King would clearly need to have endless patience to wait for this impossible debt – but out of pity (or as some translations have it – compassion – meaning to suffer with) the King releases him from his debt. On the way home as a free man he meets a fellow slave who owes him far, far less – he too begs for patience – but in contrast to the King is shown none. He is thrown in jail and the other slaves are deeply distressed by the first slave’s lack of mercy – despite being shown such mercy himself. They tell the King and the King calls back the slave who owed him so much – and says you wicked slave – and sends him away to be tortured until he can pay. And of course – we know he can’t.

Now, I said the story would be good news – but that doesn’t always equal a happy ending. It doesn’t always mean we get everything our way. It doesn’t mean we can solve all our problems with our own sense of justice. But it does mean we are invited and given the opportunity to live out of grace. That when we come before the King – if we have lived out of grace then he too will have patience – will suffer with us – and forgive.

It means that we’ve all had so much forgiven we can all afford to forgive others too – and actually we can’t afford not to.

For if we refuse to walk in grace – and instead become people who shame and blame others – we will live a life of endless torture instead of the liberation for which we were made.

Because forgiveness frees us – perhaps more than those we forgive. And lack of forgiveness literally imprisons us – just as it did in the story.

It is one of those spiritual truths that all religions agree on too:

I’ve heard preachers say unforgiveness is like drinking poison and expecting the other person to die.

The Jewish Talmud makes a similar point when it says
“Who takes vengeance or bears a grudge acts like one who, having cut one hand whilst handling a knife, avenges himself by stabbing the other.”

Confucius says that he who cannot forgive breaks the bridge over which he himself must pass.

The Buddha says to understand all is to forgive all.

Bahagavad Gita says if you want to see brave look for those who can forgive.

In Hinduism forgiveness is a super power of the weak which makes them the strongest.

And in the Islamic tradition of Sufism – the Sufi is asked – what is forgiveness? And the Sufi replies it is the fragrance a flower gives when it is crushed. Perfume to the world.

To paraphrase EM Forster to find happiness and freedom – we must let go of the life we planned in order to embrace the life we are given – and we do that through forgiveness and letting go.

But if we don’t share it – it vanishes. When withhold grace we find grace is withheld.

As the slave walked away from the King he could have left his shame behind – he was free – but he didn’t live free – he lived out of the shame and fear which had haunted him for possibly all his life – and so when the opportunity arose to pass it on – he did.

He didn’t possess the grace he had been given.

Our job is to accept grace; offer grace; live grace over and over again.

And I want to end there – because grace is such a wonderful place to dwell – but I can’t. Because there is something else which demands to be said from the text.

Because this might lull you into thinking that sin does not matter – that we should accept any kind of abuse – and forgive all things that are done to us. And this story is a very stark warning against that. All things are seen and justice will be served. Abuse must always be stopped. The abuse of others should always cause the distress of the crowd and community – it demands that we speak up and seek justice from the King – and those who abuse others despite receiving their own grace – will be punished. But note that ultimately lies with the King not with us – no room for vigilante justice here. Sorry Peter – you can’t cut off his ear.

As St Augustine said – do not despair – one of the thieves was saved.

But do not presume – one of the thieves was damned.

We are offered unlimited forgiveness today – all wrongs written off – you are free. But we must be prepared to offer the same – to become the aroma of Christ to the world – the perfume of flowers that have been crushed…