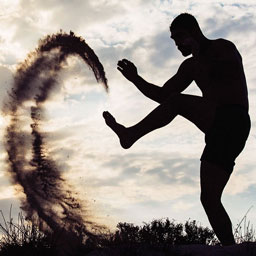 A sermon by Mother Katie

In today’s reading Jesus is coming home – he has been away with his ministry – and some remarkable things have happened. He has been baptised by John, called his first disciples, driven out evil spirits, calmed the storm and healed the sick – even raised the dead.

Not a bad start to ministry at all – in fact you might expect a hero’s welcome when he returns home – but no – Jesus brings his good news to the Synagogue where the people who hear him are amazed – but they are also disturbed. On the one hand they are astonished and impressed but on the other they think “Who does he think he is?”

For them this is just Jesus – Mary’s son. They grew up with this man – he is one of them – so what makes him so special?

They were offended by his preaching because who is he to tell us? And perhaps in that offence was a bit of jealousy too.

And honestly I don’t blame them – greatness is never easy to recognise and appreciate if you are too close. They say familiarity breeds contempt – that the longer you spend with someone the more you know how ordinary they are – how very human they can be. And to be both ordinary, very human and yet be something unique and incredibly powerful in the hands of God – God’s own Son, their messiah – the new King – is hard to get your head around. It is a paradox that many minds have struggled with – and those in the synagogue that morning were just the first to ask – how can this be? Both God and man? Both ordinary and extraordinary?

So I don’t think we can’t be too hard on them – for the truth is that it is harder to respect and value that which we know too well – as we don’t expect it to be especially good or extraordinary. And if it does become extraordinary it can make us feel a bit uncomfortable – and inadequate – even defensive.

So how does Jesus respond to this?

Well, interestingly, he doesn’t have as much sympathy! He doesn’t see this as a natural response but rather is astonished and amazed at their lack of belief.

Perhaps this is to hold up a mirror to the crowd’s own astonishment at the beginning of the passage? But there is a difference in each astonishment and perhaps we are meant to notice – the people are amazed at how much Jesus can do – how much he knows – but he is amazed at how little they understand, how little faith they have – and because they have so little faith – they are unable to receive from him.

Look at verse 5 – because they had no faith – because they had rejected Jesus – he was powerless to help them – their rejection led to them being deprived of the blessing that Jesus brought. It doesn’t change Jesus though – he is still every bit as powerful and extraordinary as when he arrived – and when he leaves Nazareth he is going to go on and feed 5,000 people with 5 loaves and 2 fish – the mockers and rejecters just won’t be there to see it (they will miss out) – and then Jesus will walk on water – after that he will heal the deaf and the blind (catch the irony in that) – and appear with Elijah and Moses before his disciples on top of a mountain before finally defeating death and sin on a cross and rising from the dead.

So no wonder he is amazed and astonished because – knowing who he is and knowing what he can do – he has the pearl of great price to offer – and they reject this amazing gift.

When we reject someone or something we cut ourselves off from what they can give us – and in the case of Jesus that is eternal life.

So we need to be careful of what and who we reject – of how we judge others – and keep our eyes open for the extraordinary within the ordinary – it is often where God is most at work – and we should be prepared to be surprised.

The rejected person however – just like Jesus – is in a much stronger position and they are free to keep moving on – and that is exactly what Jesus does. He doesn’t let the words of doubt change his life of faith – or distract him from the journey.

And you know, as a training session for new disciples about to go out to all the villages – there really isn’t a better lesson than the one Jesus is sharing with them here. It is a first century version of the phrase “Don’t let the people get you down” – other words can be substituted for people – words that perhaps shouldn’t make it into a sermon. 😉

Shake it off…says Jesus, long before Taylor Swift made it into a pop song.

She sings about the need to keep moving as “the haters are goner hate – so shake it off!” You can’t change other people – but you can shake it off!
Jesus says our feet are to walk in faith alone – you come across doubt – shake it off! Someone doesn’t like what you bring? Shake it off…walk on. It might be hard at the times, it might feel like the most painful rejection, it might seem like the darkest of nights to you – but things change when we stay in faith and God’s power will always turn things around – just as he did for Jesus….just keep walking and shake it off!

The Satan is always going to find someone to say something unkind to you, to put words of doubt in your head, to discourage you or make you feel alone or a failure – shake if off! You are a child of God, you are loved, made in his image and you are incredibly ordinary and yet wonderfully special.

On holiday this week I found a sign at the end of a pier – clearly placed where those who might think of jumping would stand – it was designed to bring hope – saying that things won’t always be this bad it promised hard roads often lead to beautiful destinations. And this has some biblical truth to it.

Dark times, hard times, rejecting times can lead to fruitful times if we stay in faith. Good Friday leads to Easter Sunday – where the ultimate rejection becomes the ultimate victory.

And today’s reading is a small glimpse of that very big truth – sometimes things don’t look like they are going well – Jesus is rejected by his hometown, he sends the disciples out with a warning that they too may be rejected – and then immediately after this Mark will tell us of the death of John the Baptist. It isn’t coincidence. This is faith in the valley – faith when things get dark and doubts start to creep in – when the honeymoon is over and the hard work – the impossible task is beginning.

Precisely when we need to shake it off! And keep the faith because God works wonders in the valleys.

I’ve found this whole last year valley time – Covid has been hard hasn’t it? And one of the things I’ve really missed is church music – I am so grateful to Catherine for her WhatsApp music group and providing us with music to play in our homes. Recently I was playing Handel’s Messiah, and if you listen to it you might think it was written by a man at the pinnacle of his success – but that is not the case. It was written after a period when he had suffered a stroke, whilst living in poverty and during a time when he considered himself a musical failure. He didn’t let doubt and rejection have the last word though – he carried on – he kept faith and kept writing – walking the road God had given him. And he produced a masterpiece of musical genius that has inspired generation after generation.

And if you are thinking – well that is all very well but I’m not Handel and I’m not Jesus….I’ve nothing to really offer. You are wrong!

To you especially – from one very ordinary person to another – I say shake it off! God uses everyone who has faith – and even seems to delight in picking the ones you’d least expect – the ones who appear to have nothing to offer.

When you pick up your Bible always remember: Jacob was a cheater; Peter had a temper; David had an affair; Noah got drunk; Jonah ran from God; Paul was a murderer; Gideon was insecure and Miriam gossiped; Martha was a worrier; Thomas a doubter; Elizabeth was inpatient and Elijah depressed; Moses stuttered; Abraham was old and Lazarus was dead.

And he used them all. So really there are no excuses….as they say God does not call the qualified – he qualifies the called!

So what is God calling you to? And what do you need to shake off to make it happen?