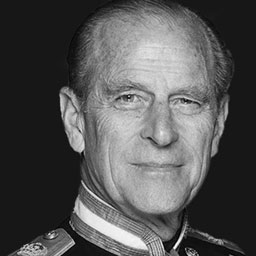 A sermon by Mother Katie marking the death of Prince Philip. Given 2nd Sunday of Easter.

This week our readings draw our attention to the power of sharing.

Especially sharing which seeks the good of others rather protecting or promoting the self.

As I have reflected on the readings this week I think they are a very good set to have in the week that we receive the news that Prince Philip has died – as Philip (the Queen’s Consort) was an excellent example of sharing that seeks the good of another rather than protecting or promoting self.

70 years of sharing married life with the Queen whilst also sharing her duties to serve our country and commonwealth.

To do this Philip gave up the career he loved in the Navy – and much else besides – there was a terrific cost to his call. Much was demanded and much was sacrificed and given up on the altar of duty and public service for Philip.

But he very rarely complained or sought the limelight himself – he said he wasn’t interested in building a legacy that spoke of how good he was but that his great ambition was to leave the world – and especially the people he met a little better off.

Many think he did this.

In 1997 her Majesty the Queen said of husband,

“He has, quite simply, been my strength and stay all these years, and I, and his whole family, and this and many other countries, owe him a debt greater than he would ever claim, or we shall ever know.”

And that is the thing about giving that doesn’t seek its own glory – it has more power to change people and places than we ever dare imagine. And I’ve been thinking perhaps we need a bit more of that quiet and dutiful service in the church and the world – more selfless sharing and giving – more people wanting to lift others up and not themselves – if we want to make the greatest difference in the world and leave it a little better off for our presence too.

And as we will see, the sharing that seems to be required of us in today’s passages is every bit as challenging as being the Queen’s consort too.

In Acts we hear of the radical generosity and sharing of the earliest disciples – where there was not one needy person in the community because they shared everything they had. Competition replaced by community and charity; striving replaced by serving and sharing.

It is inspiring – bit it also – if we can bring ourselves to be as honest as Thomas in our Gospel – or as unguarded as Prince Philip could be at times – frankly a very uncomfortable read.

Because most of like the idea that no one should do without but few of us are willing to commit to what it takes to make this a reality today.

Even with all the progress humanity has made – we still haven’t managed to quite grasp how to live so that no one is in need. And we live in a world where tonight too many will go to sleep in real need – of food, a bed, shelter, or safety.

We are rather better as a society at building our own little kingdoms than sharing the Kingdom in this way. The Kingdom demands a daring courage and generosity that we perhaps see too little of. And it is understandable because it isn’t easy to share material possessions – our money – our houses – all our goods with immediate family let alone anyone in the community who needs our help.

So this is quite challenging – if not an impossible ideal of life we might think. And just when we think it can’t get any harder we have the Gospel.

Sharing our vulnerabilities perhaps takes the greatest courage of all.

It is perhaps the greatest challenge to share our own weakness and fragility – we prefer to look strong. We’d literally rather give away the coat on our back at times – it seems an almost impossible ask.

And yet in sharing – our vulnerabilities as well as our gifts and strengths – we invite people into a deeper life now – and potentially life everlasting too.

If Thomas hadn’t dared to ask the question – we would not know Jesus rose with his wounds. Sure Jesus had shown his wounds the day he rose – but that was just a short time after the cross. We might expect wounds to still be there. Thomas asks one week later – when wounds should have become scars – and yet they are still wounds – open for him to touch.

And knowing Jesus rose with his wounds I think gives us courage to live with our wounds too. To realise the answer to our doubts and the strength for our faith – might not necessarily lie in the miracles and successes but in the mystery of wounds – personal and collective and what they can show us. How they can touch us and transform us.

I love that the risen Christ is not a perfect body but a broken body.

And knowing we are called to reflect Christ to the world – we need to be encouraged that the Kingdom doesn’t need to look perfect – it can walk with its wounds; rise with its body rent.

Service is not about being perfect. As I looked at the tributes yesterday there were as many articles pointing out Philip’s flaws as there were his successes – for people were always watching for him to fail and his was always the impossible role to play.

And the good news today is our gospel assures us that is OK.

That despite this, sometimes even because of it, with God everything is a gift to be used for his glory. So we can hand our whole life – success and failure – to him – and ask him to use it all.

He survived a difficult childhood (which as many of us know is no easy thing), to become an adult who served in the Navy during WW2 and became a respected Naval Commander. He loved boats all his life – but learnt to fly too – clocking up over 5,000 flying hours as a pilot. He was a co-founder and president of the World Wildlife Fund. He loved gardening and helped design many of the gardens at the royal palaces – as well as managing the Windsor Estate and opening the grounds to the public for the first time. He was a business man and farmer and created farm shops and produce from his land. He created Duke of Edinburgh Award Scheme for young people – with over 100 countries taking part – and a quart of a million people signing up last year – including my daughter. I have the Bronze Award myself. He established the Windsor Polo Club and excelled in numerous sports including representing the UK in equestrian trials. He created space for people to talk – and to be brutally honest with each other – including I was touched to learn a sanctuary for tired and burnt out clergy!! There is a lovely episode about this on the Crown if you watch it. After the fire at Windsor Castle, when the government of the time refused to pay for the repairs, Philip was instrumental in raising the millions needed to repair and restore the building for the public – gathering the right people together and always personally involved in the detail including personally designing a stained glass window in the new chapel which was created from the ruins – showing the new castle rising again in the dawn.

It captures a resurrection moment. And Philip was someone who lived in the light of the resurrection. Speaking to a school in Surrey at their prize giving he said – “There is only one prize worth winning. To reach the end of your life with a clear conscience and having lived a useful Christian life.”

A useful Christian life – not a perfect one – a useful one.

And that is a prize within all our reach.

If we commit ourselves to the steadfast faithfulness of duty and love – like Prince Philip did – like Jesus and the disciples show us – then we too can change the world – and be useful in it – and die with a clean conscience knowing we shared all we could.

And we too don’t need to be in the limelight or famous to do it. In fact as Philip and the disciples show us – what happens behind closed doors is often the most powerful of all.

So let’s dare to share a bit more this week; both of what we have but also of who we are.

(A one minute silence was observed to remember Prince Philip, pray for our Queen and commit ourselves to a life of service and sharing again)