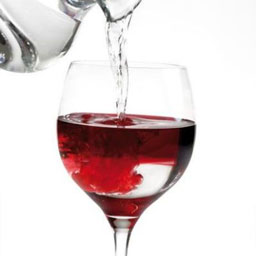 There is something very Harry Potter about this first miracle of Jesus – water into wine. It has the air of magic and spectacle about it in a way that we might not expect from the Messiah. If Jesus were to return today – we might be just as surprised to find this as the first miracle – although some of us might find it useful in lockdown! But it isn’t what we expect.

It isn’t a healing; or feeding those who are hungry or anything we might think of as traditionally good or holy – no – for his first miracle – Jesus chose to provide more wine for a party where people have already drunk so much there is nothing left!

And actually more than that – for to do this he used water specifically put aside for purification – in other words religious purposes – and turned it into party fuel.

We are told that six stone water jars were used. These were not table jugs of water – but large jars containing 30 gallons each – which is about 900 bottles of wine. And not the cheap and weak stuff – but really good wine we are told. Enough to make any party swing – even a Jewish wedding which could last days.

So, what does this tell us about Jesus? Do we really have a party animal Messiah? Has the church got its strategy wrong – and should we really have been throwing parties for the past 2,000 years? Maybe.

Certainly the more conservative theologians have found this miracle so shocking they have tried to deny it ever happened – tried to reduce it to a story with a symbolic meaning but with no basis in history. But this explanation won’t do if you want to take so much of the rest of the Bible as historical – and claim the other miracles as real.

No, I think we need to take a different approach.

And the clue to understanding this miracle lies in the previous passage – where John has just described Jesus in words for us. In a relatively short section he uses many different titles – these include – The Lamb of God who takes away the sins of the world; the Son of God; rabbi and teacher; the Messiah and anointed one; the one who the prophets wrote about; the Son of Man and the King of Israel.

Put all together and you get this:

Jesus – John is telling us – is the climax of all Jewish hope. But in case words don’t work for you – he now gives us picture – he says – you want to know what it looks like when the Word is given flesh. It is Jesus turning water into wine at a wedding.

And to understand that we need to unpack it a bit: the first thing to note is that whilst it appears to us that there is no real crisis or major disaster that Jesus is helping with here – there is.

Running out of wine at a wedding wasn’t just a bit of a pity in 1st century Palestine – it was a total disaster! Weddings were huge social occasions – signifying status and inclusion within a community – and to not be able to provide for your guests wasn’t just embarrassing it would be shameful for you and offensive to those who came.

Because if wine ran out it was a social sign that you wanted people to go home – it was the equivalent of turning the lights on, the music off and opening the door – whilst simultaneously asking who needed a taxi.

No wine meant we don’t want you here anymore – go home. It would have been extremely rude – and people would not forget – the couple themselves would inevitably feel shame – and be shamed – because in a society were hospitality is prized they would have shown themselves to be appalling hosts. And it would have been the worst start to any marriage – the talking point of town – for all the wrong reasons.

So, when Mary says, “They have no wine.” I don’t think she is as concerned about their state of sobriety as much as she is concerned about rescuing the couple from shame and giving them the best start to their new life. They have no wine. Whilst also rescuing the guest from rejection and shame – and exclusion from the party. She is saying – Jesus save us from our shame – and keep us together as a community until the wedding is complete.

Weddings frame so much of the biblical narrative – from the opening chapters with Adam and Eve to the final chapters of Revelation – where the New Jerusalem is presented as the bride adorned for her husband – weddings are key to understanding what God is doing in the world – with us and for us.

Weddings and marriages are used throughout the Bible to tell the story of God and God’s people – from Isaac and Rebecca to Ruth and Boaz – and many more – we learn through these tales the passion that God has for us – his desire to redeem us – we see his faithfulness and never ending pursuit of us – despite all the obstacles – including our own unfaithfulness that gets in the way.

So it really isn’t an accident that the first miracle is at a wedding. God – in Christ – is coming for his Bride – and to rescue his people from shame – he is coming that the celebration might go on – with better provision than has ever been seen or tasted before – and so that all may be included in the party.

And inclusion – especially of those who have not been regarded highly before – is very important part of the framework.

We are meant to notice that it is a woman who begins the action here. Just as it will be a woman who will initiate the action after the resurrection too. Jesus might start by saying no – but for whatever reason he has listened to Mary – and eventually does what she says.

And it is to a different Mary that Jesus will first appear after the resurrection and give instructions to tell others of the good news. Both parts of his mission – pre and post resurrection are started by women. Now that is radical inclusion for the time – and something we can’t miss.

We know both are called Mary – but here in John both are just woman.

And woman – might seem a tad rude – especially if you are addressing your mother. But if you put it into the context of a framework of inclusion – it is genius. Because these two women by being called generic titles – woman – don’t just stand for themselves but for all women at all times. And more than that – they stand for each and every person – male and female – who has ever felt excluded, ignored and left out. They stand for the least – because Jesus chooses to make the least the very starting place for all that he will do.

His partners in this miracle are humble servants – who obey – despite the rather confusing nature of the instructions. I find it remarkable that they dare to draw water and take it to the chief steward – an act of total trust in Jesus – and an act that would have taken courage – if it had still been water when they reached the chief steward they would have been in trouble! But instead – because they trusted and believed – they – absolute nobodies – got to be an incredible part of this incredible moment.

It is extraordinarily radical as a miracle. Strong stuff indeed – but as Soren Kierkegaard said,

“Christ turned water into wine, but the church has succeeded in doing something even more difficult: it has turned wine into water.”

We have often lost the radical edge of this start.

And it is vital we never lose its dizzying potency – and the implications it has for us today – no one is excluded. No one is shamed. Joy is at the heart of the Kingdom.

And with Christ – the joy can continue – however low on supplies we feel (and I think we have all felt that recently) – if we will just dare to ask for his help, obey his word then everything can turn around and it might even be better than all we have experienced before.