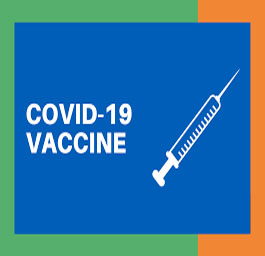 A message from (Dr) Geoff Butcher, a member of the congregation with a lifetime’s experience in vaccine development:

At last the general public is seemingly now aware that “getting the jab” is the most important thing we can do to protect ourselves and others from the scourge of the Corona virus. But there are some who still refuse vaccination even though it is well known that previous vaccines against a wide variety of bacteria, toxins and viruses have saved more lives than any other form of medical intervention, including antibiotics. Then why is it that a significant minority refuse the current form of vaccine? There are no doubt many different reasons for this, but what surprises me most is that this includes highly intelligent educated people. One can understand those with poor English or who come from countries where they live in fear of the authorities and are therefore suspicious.

When the pandemic first appeared and tv presenters showed us graph after graph and columns of figures of mortality, hospital admissions and the like, I had the feeling that for most people all this data left them cold. A much greater impact is obviously a close friend or relative dying or becoming seriously ill.

Although information on the spread of the infection has now improved mainly because of the internet, to my mind the authorities could have done a better job at education right at the beginning of the pandemic. In my forty years of research, mainly directed at the development of a vaccine for malaria, right from the beginning when malaria hardly ever hit the news, I would write to school heads, or senior science teachers, or those in charge of studies I would ask them if they would like me to visit and give a talk on malaria. It would never occur to them to think of malaria as a topic for discussion, so I had to invite myself! I did the same for many other groups such as U3A, history groups and so on. I have great faith in the idea that if you take the right approach, you can win your listeners over, far more effectively than cold columns of figures.

Whenever relatively small advances in our knowledge on malaria was reported in newspapers here, we would be asked when a new vaccine would be available. The rapidity with which a Corona vaccine has been developed reflects the high standards of research and dedication of those involved, but also because viruses are so much smaller and simpler than the parasitic organisms (Plasmodium) that cause malaria. This is a single-celled animal parasite, much bigger than a virus, and with three stages in its life cycle: a blood stage, a mosquito stage and a liver stage, and there is no vaccine for any parasitic infection in humans, so to develop one is breaking new scientific ground.

What may you ask, has all this to do with persuading people to “get the jab”? When I hear people giving their reasons for not having the vaccine, I wonder how much they know of disease, its causes and how our immune system protects us much of the time, though not 100%. In my view the way in which the information is presented by experts on the various branches of the media about this and other diseases is hopelessly unimaginative. I also wonder how many people, presented on television with histograms, and unending streams of figures on the pandemic would be able to recall any of the figures half an hour after they have switched off the television. You will probably say that what I am proposing is simply impossible. No, it isn’t because I have been doing it for forty years. Malaria is such an important disease as it kills someone every two minutes but in tropical countries, not so much in Western society. Now people in the West have a broader understanding of what disease can do to a population and how difficult it is to control.

Explaining properly the way that the body deals with infection in the first instance would have gone a long way to alleviate some concerns. People are suspicious of the drug companies making money, but what they forget is that many of us wouldn’t be alive if it wasn’t for the drugs they produce. Some think that the corona vaccine has been developed quickly, but what they don’t realise is the years of research that has gone before it’s development, research in immunology and the processes involved in producing a vaccine. This vaccine has not missed out any of the important ‘steps’ required – it has just had more concentrated expertise, money and time put in it for production so that we can be safe. People in Africa, who live with serious diseases all the time are crying out for vaccines and possible future side effects would be a luxury they couldn’t afford to worry about.