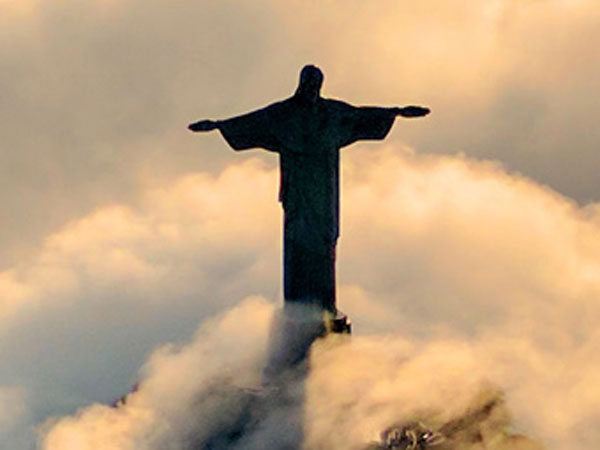 “He withdrew from them..”

An Ascension Day I’ll always remember is one I spent in the Holy Land. It’s memorable partly because it was the first time I’d ever been there, but also, perhaps, because of the glorious hot May weather, a strong scent of pine everywhere and the spring flowers still colouring the landscape.

On that particular Thursday, I cycled with a friend to a Palestinian village in Galilee. A farewell meal was being put on in her honour by a group of young Muslim men because their English lessons with her were coming to an end. During the meal, I happened to mention that this was a kind of double feast for me, since as Christians we were celebrating the Ascension of Christ. Due to the limited English on their part and the zero Arabic on mine, I was left trying to explain the meaning of the word ascend. ‘Ah, Jesus goes up to Heaven.’ nodded my interlocuter. ‘So does Muhammad. He is carried. At night.’ Then we tucked into more homemade lemonade and falafel, deciding not to go any further.

I was somewhat relieved that I didn’t end up having to talk about this part of the gospel as if it was some theatrical levitation, a body shooting up into the skies. It’s certainly not without its problems. But Luke’s gospel -and the Ascension account is very much Luke’s story- says simply that Jesus ‘withdrew from them and was carried up into heaven.’

Withdrawing – and in some translations, the word is parting– has echoes of another word- vanishing. You remember that in the story of the road to Emmaus, Jesus, almost as soon as he is recognised, vanishes. So too, when Jesus is recognised by Mary Magdalene, he says, ‘Don’t cling to me.’ The writer Mark Vernon says it’s a bit like a game of peekaboo. Any resurrection appearance finishes with a disappearance, an ‘I’ve got to go now.’ Don’t cling.

Rather than passively accepting that the Ascension is the end of a chapter until the coming of the Holy Spirit, the story of Jesus’ departure reminds us about our own need to respond. To take his life, death and resurrection and turn it into our own. “If I do not go away, the Advocate will not come to you^, says Jesus in the gospel of John. So this to me this is not about death, or endings, but a withdrawing so that a space can be created in which we can grow. No good in hanging on to his Jesus’ coat tails anymore. No future in clinging, however human a response that can be. Jesus wants to set us free.

We often glimpse this in the relationships we have with others and they with us. The kind of relationships where people give us space to grow and think and respond by their own stepping back. We may have had experiences of doing that as parents, or teachers, friends or siblings. Even in the often painful and enforced experience of withdrawal we’ve all been experiencing recently, parts of the planet, at least, have had some room to breathe again. It’s also worth thinking about where in our common life, there needs to be a bit more withdrawing, so that others can move into the space. Even for us to realise they are there. To trust them to their own freedom, even though it may not be perfect, as we have been trusted to grow -mistakes, struggles and all. The challenge might be to make way for different ways of being or imaginations, which have lived too long in the shadows, shadows which are often oppressive, cast by the human tendency to want to take up all of the space.

I began cycling along a dusty road, banana plantations to the left and right, about to meet a group of people for only once in my life. My friend was about to say goodbye, but separation didn’t end what they had given to one another. It’s just that now they had to learn to speak English unaided, my friend to begin to learn to live with their faith and culture having enlarged and sometimes challenged her own.

So this day, in our Christian story, we’re perhaps being shown that, rather than following Jesus like sheep, the disciples are now being challenged to a life of community and faith without a physical shepherd. But this emerging life is one which Luke’s gospel tells us is greeted with joy. I like to think that one way of looking at the Ascension, is that it celebrates the Divine Will that we should grow into the space which Christ wants for us, having shown the pattern of life needed to set us free. But this space isn’t a void. It’s a place created from a loving withdrawal and departure, where we discover, paradoxically, that Christ isn’t absent, but with us, together with the Father and the Holy Spirit, in the dance of eternity.