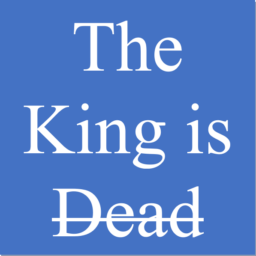 A sermon for Trinity Sunday by Mother Katie

Today’s Old Testament reading opens in a time of great transition – the King is dead – the old way is gone forever and the future is now very uncertain.

Change at any time creates a sense of vulnerability and tension within a community – I’m sure we can all relate to this at the moment as we too face a number of great transitions from life before the pandemic to life with it – and hopefully at some point soon life after it.

It isn’t easy to live in uncertain times and those fears of not knowing the future were heightened for the people of God in our reading – Judah was under threat from invasion by other nations – especially the Assyrian Empire – and fears of captivity were high – they felt they had everything to lose.

And Isaiah 6 speaks powerfully into that situation – it gives us a model on how to cope in such times and so is particularly helpful I think for us right now too. And in brief it says 3 things: remember your King; know your sin; and focus on your call.

The first point is to remember your King – or in other words be careful who you have as your leaders. Which might also be topical given recent newspaper headlines – but I’ll say no more on that now.

But leaders matter – especially leaders of nations. For as I’ve said before when discussing Elijah – the Hebrew view was that the King set the tone for the whole nation – so as the King was, so were the people.

A bad King encouraged others to be bad too – lowering standards for everyone; a good King brought out the good in people – inspiring them to rise to better things.

And In Isaiah 6 we have two pictures of two Kings – and we are being given a choice.

First we have the human King Uzziah – the dead King. He was a King who started with great promise and had brought prosperity and peace – but towards the end of his reign he had become proud and complacent. He had become entitled and assumed God’s favour rather than sought God’s face, he had enjoyed wealth and peace but forgotten the poor and crushed the oppressed, and crucially, he had not only neglected his own call to be a humble King under God – but he had sought to go well beyond it too – assuming power that was not his.

2 Chronicles 26 records how King Uzziah’s pride led him to take on the role of priest as well as King by attempting to burn incense in the Temple – and in doing so he ignored all previous tradition and rules about what happened in God’s house – and essentially used it for his own business. God judged him and he was struck down with leprosy – from which he eventually died.

And as the King, so the people. The people of Jerusalem were now in an equally sorry state – they too had become entitled and grown proud and complacent – they too had neglected justice to the poor and weak – and abandoned true worship – instead doing what suited them best as if worship was about them and their own tastes and not about being transformed by the presence of the King.

BUT then we have the Temple and another King. Isaiah sees the Lord on this throne – and this King is not human or dead – but divine and eternal. The angels don’t just call him Holy – they sing Holy, Holy, Holy – and twice repetition was often used in Hebrew to emphasise a point – but only here, in this text, do we see the three times repetition. We are really meant to get this point – He is that perfect – that set apart from all others. His glory so over powering it makes the ground shake.

And the question being asked is – who is your King?

Isaiah gets this and so his response is “Woe is me! I am lost, for I am a man of unclean lips, and I live among a people of unclean lips; yet my eyes have seen the King!”

Like Isaiah, if we want to see God and serve God – we need to courageously acknowledge our weakness and unworthiness – admit we are lost. Be OK with saying we don’t know the way forward – we can’t do this on our own. To embrace a vulnerability of trust in a power much greater than ourselves.

This is very counter cultural – because in so many areas of life we are expected and encouraged to be the strong and the powerful – not admitting either weakness or sin. It is the powerful. It is only the really brave person that admits they got something wrong or that they need help.

And that is extraordinarily rare – yet that is where we must begin if we are to serve God.

Because if we can’t see and feel our own shadow self and brokenness, then we can’t be healed – and set free and set apart for service.

And this is the meaning of those difficult verses in 9 and 10. Isaiah will preach God’s word – and it will not heal the people. Not because what he is saying is complicated and God’s message a mystery – or needs to be hidden – no, Isaiah is clear and simple. So much so that his critics scorned him as one only fit to teach children.

Isaiah’s task is just tell the truth – but the people refuse to see it because they can’t face their own sin. He speaks God’s word, and when the people reject it, he tells the truth again, more plainly and more simply…and the thing is each time they reject the truth – each time we reject truth – our hearts harden a little and our ability to hear becomes a little less – and we, a bit like lepers, don’t notice the slow damage, the steady decline and the numbness creeps in….and without knowing or perceiving we can get to the stage where we are completely deaf and blind to the voice of God and the plain truth around us.

St Augustine said, “Before God can deliver us we must undeceive ourselves.”

It is Isaiah’s honest and courageous confession that leads to his forgiveness – the fire, so often a symbol of judgment, touches his lips and in burning becomes his healing. For in God’s economy, judgment and mercy have always been opposite sides of the same coin.

And it is only as a healed sinner, having felt the pain of his sin, that Isaiah can dare to say – here I am, send me.

And in that offering Isaiah learns a powerful truth – we may think we are nothing, we are unworthy and inadequate – and that is to some extent true – but here is the paradox – just sometimes we are vital too. Just sometimes God needs someone to send – at a particular moment in history – to a particular people.

Not someone perfect, just someone willing. Someone humble enough, but brave enough to say…

In the next year, we will live through a time of personal and national transition – and it is my prayer that we remember our King in that time and become more like him; that we are not afraid during that time to admit our weakness – say we need help – or live with the uncertainty of not knowing what is next – but that we also become people who really listen to God – so that we might really see the Holy, Holy, Holy – and so that we can truly say,

That we remember our call, to this place, at this time. And we offer true worship that transforms not just us – but this community – this part of London – making God known as our King.

[Our Zoom book club begins with a new book tonight – and the first chapter is about the importance of listening to God – why not join us?]